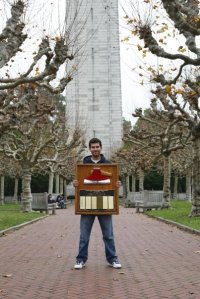 Chad Smith–President
Class of 2002. I came to Berkeley from San Diego, majored in Political Science, and spent a lot of time spreading the Spirit of California with the Rally Committee and serving as Mic Man for three years. I moved to New England in 2011 and I work as a recruiter for an international non-profit based out of Cambridge.

Class of 2011.  In 2007 I, your intrepid treasurer moved from the tiny hamlet of Nevada City, CA to Berkeley and I had the absolute time of my life!  Much to my chagrin, staying at Berkeley for graduate school would have been generally frowned upon so instead, I made my way to the lEast coast immediately after graduation to start studies towards a PhD in Chemical Physics.  While at Cal, I was a member and business manager for Noteworthy a cappella (perhaps you’ve seen us?) and a researcher in the lab of Chemistry Professor Rich Saykally.

Class of 2008. Originally from Oakland, CA and although I didn’t travel far for school, Berkeley was, and still is, the most fantastic campus on the planet. At Cal, I majored in Integrative Biology and was a member and Alumni Relations Chair for Alpha Omicron Pi sorority. I also worked off campus at NASA Ames Research Center for a couple years while at Cal. When Cal forced me out 4 years later, I landed in NYC for my masters in Human Nutrition at Columbia College of Physicians and Surgeons. I decided NYC was not for me, and found my way to Boston for my PhD in Nutrition and Metabolism at Boston University Medical School. Hopefully, I’ll defend at the end of the this year and will find myself with the opportunity to leave the lEast coast and return to the bWest coast, but for now, Boston is a pretty good place to call home. 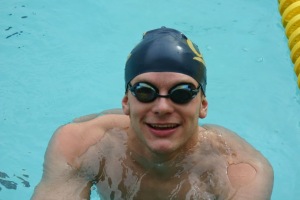 Class of 2008. I came to Cal from the far away city of Castro Valley, CA, just one short BART ride away from our beloved Alma Mater. At Cal, I was Co-Captain of the Men’s Swimming Team, a Residence Hall Assembly representative for Priestley Hall, and a member of the Bear Student Athlete Advisory Committee–affectionately known as Bear SAAC. In my free time, I was a Molecular and Cell Biology major with a concentration in immunology and I also worked in the Vance Lab as a research assistant. Currently, I am getting my Masters in Public Health here in Boston and missing the California “winter”. 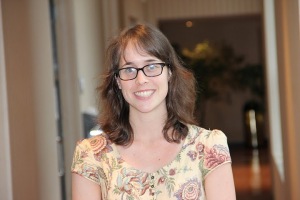 Class of 2007. I grew up very close to Berkeley in Oakland, California. At Cal, I majored in English and joined the Berkeley Fiction Review, wrote for the Daily Cal, and co-directed the Student Legal Clinic. After college, I joined Teach for America and taught in New York City for four years before moving to Boston. I am currently a high school English teacher in Cambridge. 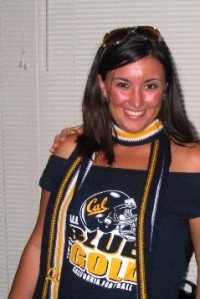 Class of 2007. Originally from Sacramento, I majored in Social Welfare with a concentration in Psychology and a minor in Spanish. I was a member of the rally committee, the Alpha Omicron Pi sorority, a number of volunteer groups, studied abroad in Spain for a summer, worked in a few research labs, and spent some time working with the California Alumni Association on campus before graduating. After working at UCLA for two years, I moved to Boston to start my PhD in Social Psychology at Tufts University and now enjoy meeting new east coast Cal bears!